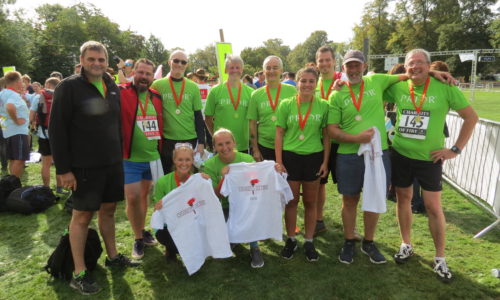 With the sun shining and a turn out of more than 1,750 people it was the perfect day for racing in this years Chariots of Fire 2018.

Prior’s two teams set out to see which one could finish ahead of the other. Prior A had the better day of the two teams recording a time of 01:33:40, Prior B finishing behind them with a time of 01:35:24. But neither team could catch this years winners who recorded a time of 00:57:22.

Well done to both teams, who will come back again for next years event!