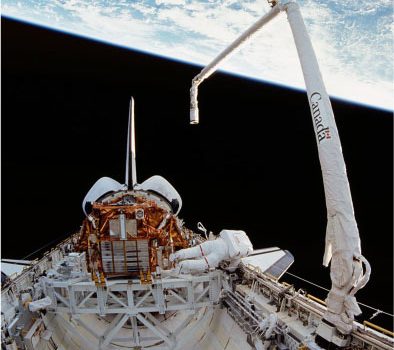 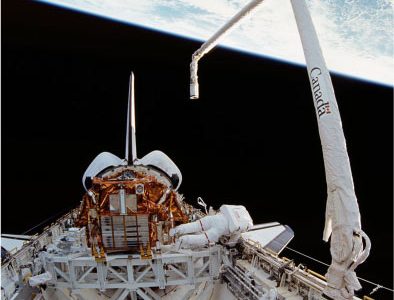 Over the decades, Queensgate Instruments has undertaken various one-off space-borne projects as subcontractor and in collaboration with companies working for NASA and ESA. These included precision capacitance micrometers used in the “force moment sensor”, part of the robot-arm mechanisms used on the International Space Station and the Space Shuttle. The capacitive sensing systems were used to monitor strains in the robotic system and prevent overstressing of the components. In addition, various piezo- actuated pointing mechanisms have been incorporated into various satellites.

Operating in space presents challenges. The systems produced were validated with the client over a two-year period  and space-grade components were used. The space-station sensor electronics developed are sited in an environmentally controlled environment and operated in air, while the sensors are operated in a vacuum. The electronics and sensor designs were developed as bespoke solutions, the space-grade electronics were subcontracted to a space-qualified electronics manufacturer, and the full systems were calibrated in the Queensgate testing laboratory.

Queensgate pioneered the use of capacitive micrometry in nanopositioning. The capacitive sensors give precise positional feedback, delivering high resolution/low noise and high linearity of movement, with positional repeatability of less than 1 nms.

The NanoSensor® is a non-contact measuring system based on the principle of capacitance micrometry to enable highly accurate displacement measurement.

Two nanosensor plates (probe and target) are mounted facing each other; the  probe is secured to a fixed reference and targeted to the moving part. The spacing of these two plates can be measured to better than 0.1nm resolution and with linearity of up to 0.02%.

They are available for ranges from 20 μm to 15 mm, in a variety of materials including aluminium, super invar, gold on zerodur and gold-coated alumina.

Queensgate’s high-performance precise- positioning systems are piezo-driven, flexure-guided stages with integrated capacitance position sensors incorporated into a single system. They offer sub-nanometre resolution, repeatability and positional stability, and are often the choice for applications in environments where there is UHV, radiation or magnetic fields.

The DPT-D and DPT-E range of actuators are designed with capacitive feedback control to give precise positioning. They are capable of moving loads of up to 60g over the full travel range, with  low electronic noise and high linearity. This gives confidence that the actuator is positioned with precision, speed and accuracy. High-thermal-stability super- invar construction gives superior position stability.

By encouraging engineering partnerships, Queensgate Instruments works to deliver the best solution, delivering performance at the right price. We offer comprehensive service and support, and consistently achieve the best performance for the price.

If you have a positioning application where you require a nanopositioning solution, please contact us.

A robotic system on the International Space Station (ISS)

MSS is composed of:

Queensgate Instruments produced 50 channel capacitive sensing system to monitor strains in the robotic system; to prevent overstressing of the components. 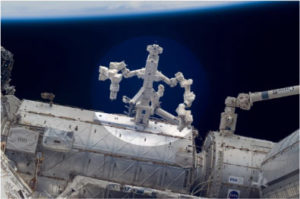 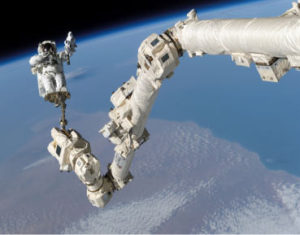 Prior Scientific a global leader in the design...read more

Abstract: The current trend for nanopositioning with increased speed...read more

In most fields of engineering, working to micrometre...read more

The incredible world of nano positioning