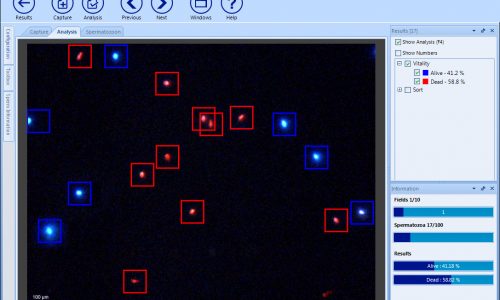 Microptic’s SCA system is designed to quickly and accurately determine the number of live and dead sperm cells within a sample via fluorescence microscopy. Fluorescence illumination for the SCA is provided by the Lumen 100-LED system, with Microptic selecting the single high performance LED emitting in the ultraviolet range at 365nm.

Eduard Sánchez, Technical Manager of Microptic, commented “In selecting an optimised illumination source for our SCA system, we were drawn to the Lumen 100-LED as it offered high performance illumination, instant activation, extremely long operational lifespan (typically 10,000 hours or above), and low levels of vibration and heat production which may affect sperm samples”.  He added “In addition to being competitively priced the Lumen 100-LED system can be controlled directly by a computer therefore it was easily integrated into our SCA software.  We also appreciated that the Lumen 100-LED can be fitted to a wide range of microscopes which increases the potential market for the SCA system”. 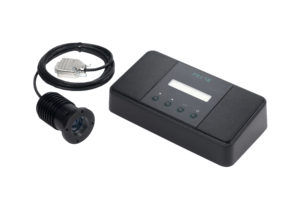 Prior Scientific Attending FOM in Bordeaux

Drawing microscopists and imaging specialists from all over...read more