Posted in Microscope automation May 12th 2021

Stepper motor and Servo motor stages account for the majority of microscope stages sold worldwide for photonics applications.  The deciding factor when choosing between a stepper or servo motor stage in most applications isn’t that one type will work and the other won’t, but rather it is about determining which type gives you the most benefits for your application, whether that advantage is in speed, accuracy, integration effort, or cost.

Stepper motor stages use DC step motors that move in precise steps via a series of electrical pulses to the motors which create rotational motion.  Unlike servo motors, stepper motors will not move continuously by applying a known voltage but must be continuously “pulsed” in order to create constant motion. Most stepper motors fall into three categories; hybrid, permanent magnet and variable reluctance, with hybrid stepper motor stages accounting for the majority of stages found in industrial applications. 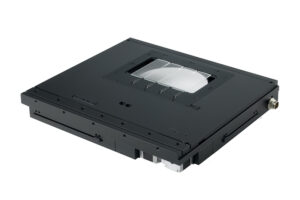 Applications that require micron to sub-micron level repeatability moving point to point, at an economical price are good candidates for a stepper motor stage.  Prior Scientific’s OptiScan series stepper motor stages are ideal for the economically conscious user with an assortment of micron level precision stages for routine scanning and imaging applications.  For applications that require higher precision and higher speeds, Prior offers the ProScan series stepper motor stages.  Prior ProScan stages have sub-micron repeatability (as low as 200 nanometers) and optional linear optical encoders should closed loop control be required.  With travel ranges that exceed 300 mm ProScan stages are compatible with samples that range from glass slides to large semiconductor wafers.

Common applications for stepper stages include: 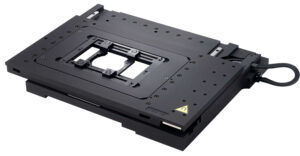 When it comes to cost and simplicity, stepper motor stages have clear advantages over servo motor stages.  When low velocity ripple is the key performance specification for your application, a DC Linear Servo stage performs the best.  When the choice is not clear, both technologies are can perform at high levels, but the user will need to assess the sometimes subtle differences between stepper and servo stages such as holding torque, closed loop options for stepper stages, and the ability to handle widely varying samples in order to make a choice in favor of one technology over the other. 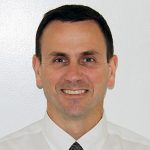